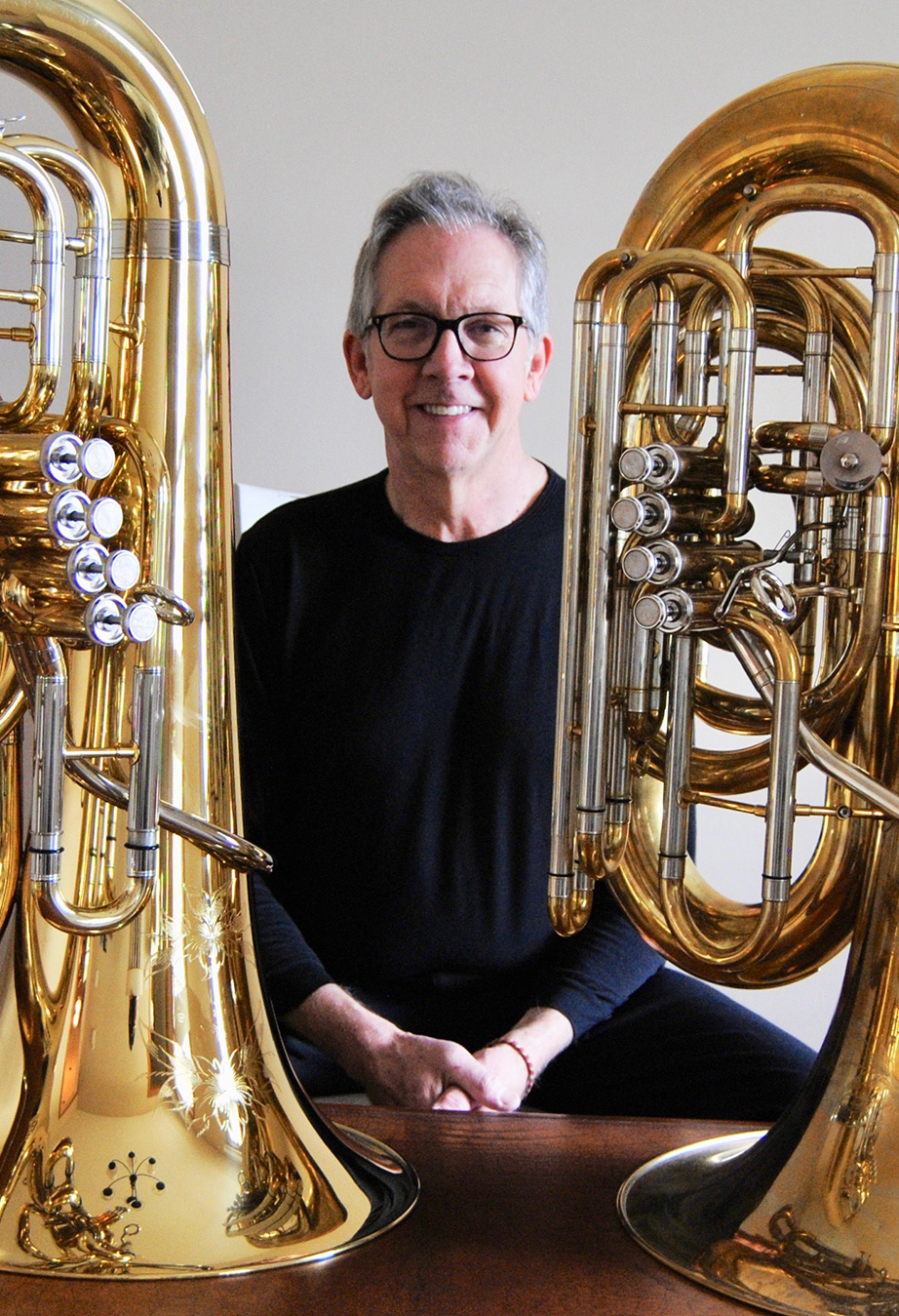 As a soloist, Mr. Mendoker has performed throughout the United States, giving recitals and performing as a guest soloist with orchestras and bands alike. Highlights include the world premieres of “The Bezoar Concerto” by Vern Miller, Jr. with the United States Army Band, “Pershing’s Own” (January 1997), “Serenata” for solo tuba and wind ensemble by David Sampson in Carnegie Hall with the Rutgers Wind Ensemble (March 2005) and again with the United States Air Force Academy Band in Denver (June 2006), and “Heavy Weather” for solo tuba and wind ensemble by Jess Turner at the University of Hartford’s Hartt School (December 2013). Scott has also recorded “Heavy Weather” with the Hartt Wind Ensemble for the Naxos label (release date TBA). Other recordings include “Kansas City Dances,” a tuba concerto by David Holsinger with the Rutgers Wind Ensemble – Dr. William Berz, conductor (Mark Records), Eddie Sauter’s “Piece for Tuba and Sax Quartet” with the New Hudson Sax Quartet (Naxos), David Sampson’s “Three Portraits” for tuba and chamber orchestra with members of the Czech Philharmonic (Summit) and “Even Song” for tuba and electronics, also written for him by David Sampson, on the Summit label.

Scott was a longtime student of the late Arnold Jacobs, widely considered to be one of the greatest brass pedagogues of the 20th century and Principal Tuba with the Chicago Symphony Orchestra for over 44 years. He has also studied with Warren Deck, Principal Tuba with the New York Philharmonic (retired). Scott has taught in Taiwan, at the invitation of the National Taiwan Symphony Orchestra, coaching the brass section of the National Youth Orchestra during their festival in August 2005. He has also given master classes throughout the United States and Bolivia. Scott’s former students hold positions in many highly respected colleges and universities, several major orchestras both in the United States and abroad, as well as some of our nation’s top military bands.

Scott served on the faculty of the Mason Gross School of the Arts at Rutgers University for 21 years before joining the faculty at the Hartt School at the University of Hartford. Mr. Mendoker is a member of the award-winning brass quintet, Philadelphia Brass, and is an endorsing artist of Eastman tubas.

Scott lives in West Springfield, Massachusetts with his wife Annie, their daughter Emma, their chocolate lab Rosie, and their pit bull/boxer mix Max.