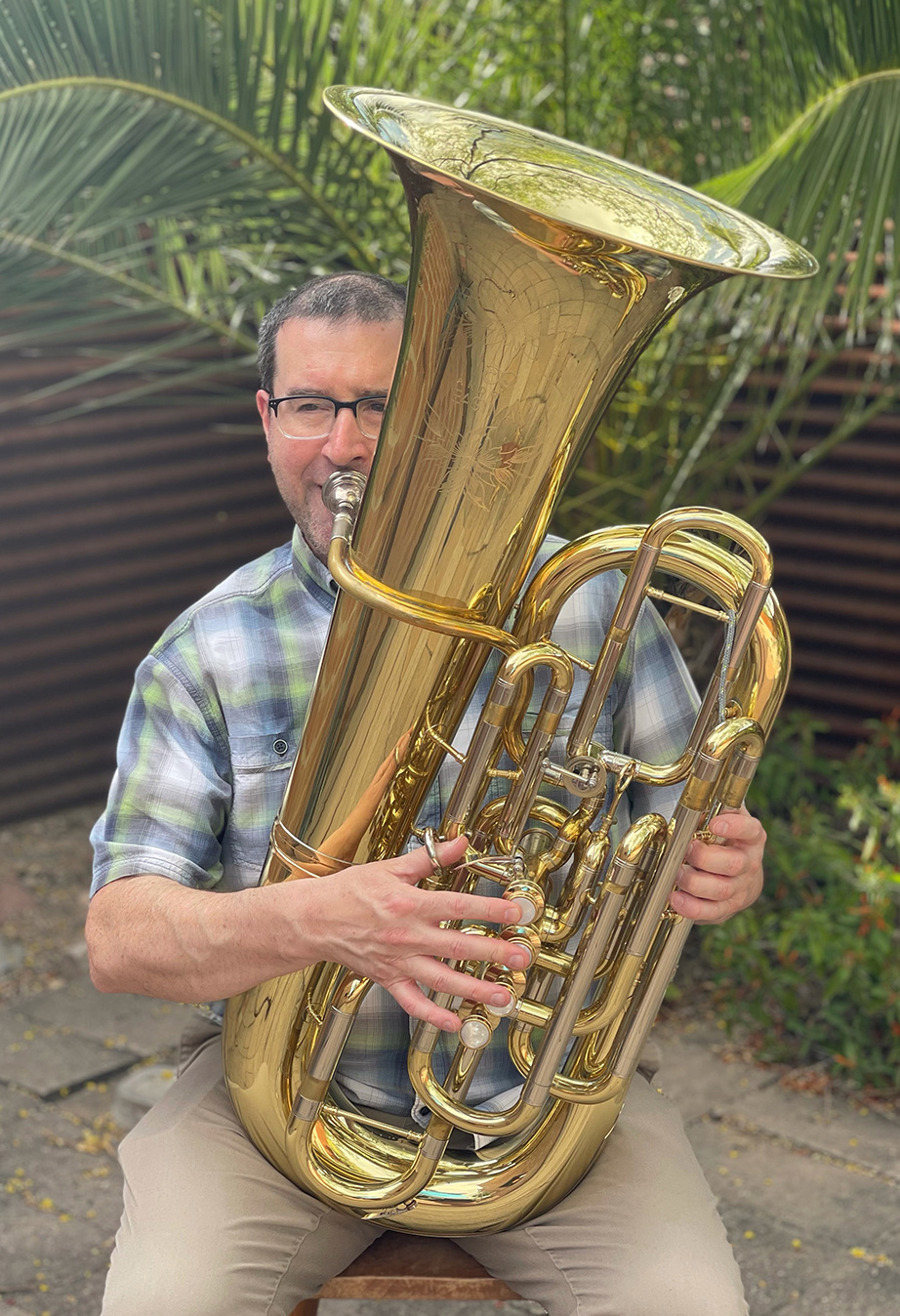 Dr. Matthew Tropman currently serves as Associate Professor of Tuba and Euphonium at the University of Arizona and is an active freelancer, soloist and chamber musician. His performances have been praised in numerous publications such as the New York Times, which stated “Tropman makes a serious case for the euphonium as a solo instrument.” An active clinician and recitalist on both the euphonium and tuba, Matt has performed and taught throughout the U.S. and Europe, and Asia.

Matt’s three commercially released two CD’s; Continuum and From the Balcony (Summit Records) and most recently Study (Mark Records, 2020), have been featured on programs such as NPR’s “All Things Considered”. He has performed with numerous bands, orchestras and chamber groups including the San Francisco Symphony and the Detroit Symphony. In his early career as a member of the U.S. Marine Band (President’s Own), he frequently performed as a soloist throughout the U.S. on the band’s National concert tours.

Matt has championed new works for brass, helping commission or premier numerous works and deliver world premieres by numerous composers. He has also commissioned large-scale arrangements of theatrical works for euphonium and mixed ensemble and has published a method book for euphonium.