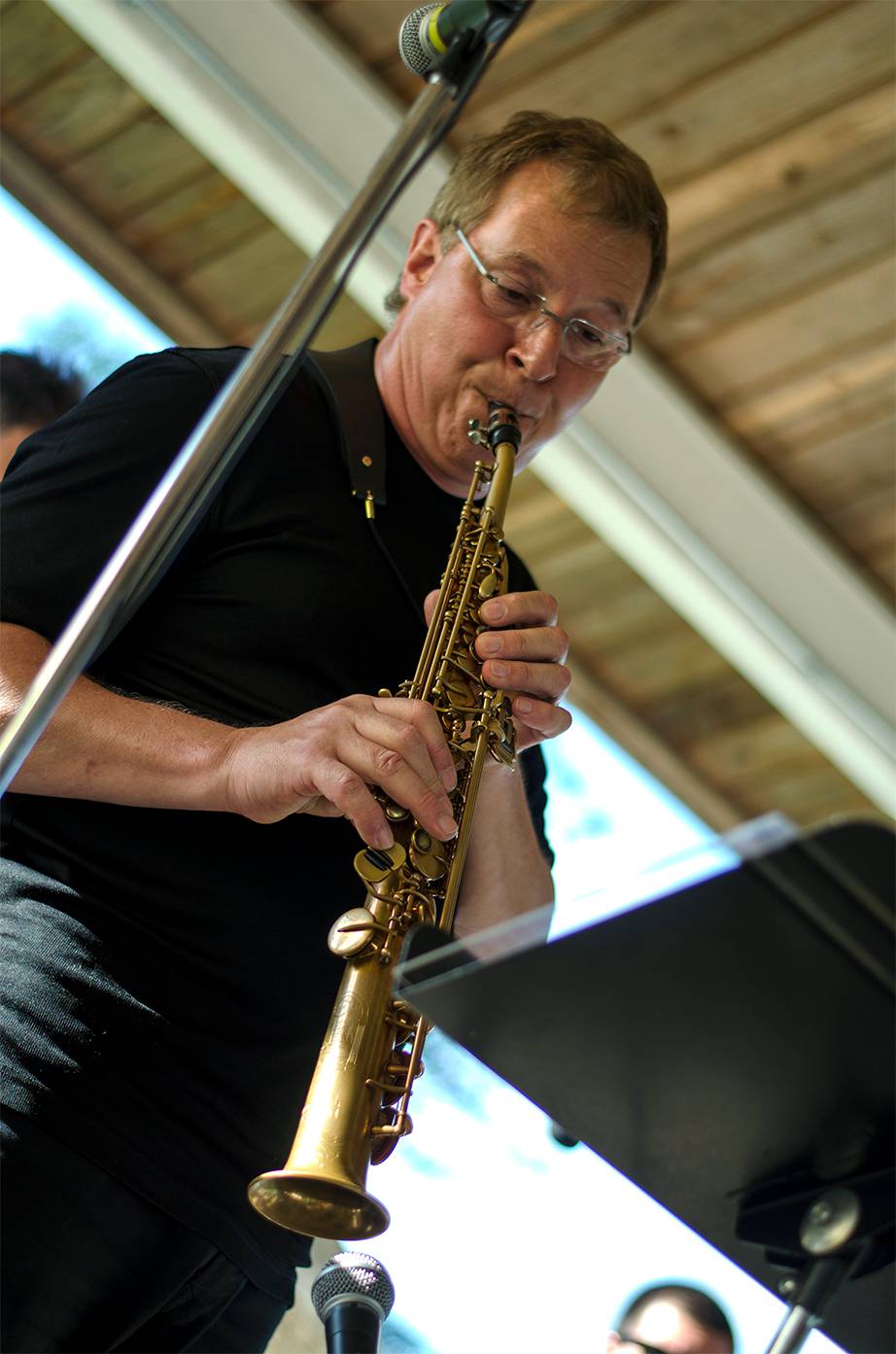 Michael Carbone, a native of Utica, New York moved to the Binghamton area in 1981 and has been an instrumental music teacher in the Johnson City School district where he is currently the Coordinator of Music for the JC School District. Along with his administrative duties, and instrumental lesson teaching, he has also been involved with directing the high school concert band and jazz ensembles. Mike has also served as guest conductor for Broome, Seneca, Ulster, and Tompkins County Music Educators Festivals, and as Saxophone/Jazz Improvisation Instructor for New York State School of Music for the Arts at Binghamton University. Mike was also the last Secretary Officer for the New York State Chapter of the International Association for Jazz Education (IAJE) and has frequently been hired as a jazz adjudicator/clinician for high school jazz festivals. Mike joined the Binghamton University music faculty in 1997 and continues to serve as the Director of the Jazz Studies Program and the Director of the Harpur Jazz Ensemble. He holds a Bachelor of Music Education from the Crane School of Music and a Masters in Music performance from Binghamton University having studied saxophone with Dr. James Stoltie, J.R. Montrose, Al Gallodoro, and April Lucas. Mr. Carbone has performed as a sideman for many well-known artists including Al Marino, Natalie Cole, Tommy Tune, Mel Torme, Engelbert Humperdinck, Slam Stewart, Nick Brignola, Steve Gilmore, Tony Marino, Tom Whaley, Duffy Jackson, Jeff Jarvis, Jeff Stockham, Joe Riposo, Ron Vincent, Jacque Washington, Dave Samuels, Steve Laspina, the Jimmy Dorsey Orchestra, Danny D’Imperio’s Big Band Bloviation, the Central New York Jazz Orchestra, Marko Marcinko, Al Hamme’s Music Unlimited and Swing Street ensembles, Bill Carter’s Presbybop Quartet, The Temptations, and most recently on a recording session with the Presbybop ensemble, which featured Dave Liebman. From Mike about the Andres Eastman 52nd Street ESS 652 Soprano Saxophone: I absolutely love my Andreas Eastman 52nd St. Soprano with the curved neck! I’ve owned, and played on, a number of other top brand soprano saxophones, and have for thirty plus years been searching for a soprano that plays the way I dreamed a soprano would sound and feel! The ESS 652 52nd Street has a wonderful sound, is ergonomically designed to feel very comfortable in your hands, has superb intonation, fantastic technical facility, and has the free blowing flexibility as if I’m playing my tenor! I have finally found the soprano for me, and I could not recommend this horn more. It will be the direction I send all of my students. Thank you Andreas Eastman for building such a fantastic instrument!

The 52nd Street Saxophone is a professional instrument and comes unlacquered for a truly vintage appearance. It is an exceptionally responsive horn in all registers across the range of the instrument, and produces a big, fat sound with precise intonation. A larger bell and rolled-style tone holes contribute to the sound qualities of this instrument that many compare to some of the great vintage horns of the past.

Have a question or want to know more about the ESS652? Please provide your information below and we’ll be in touch shortly.