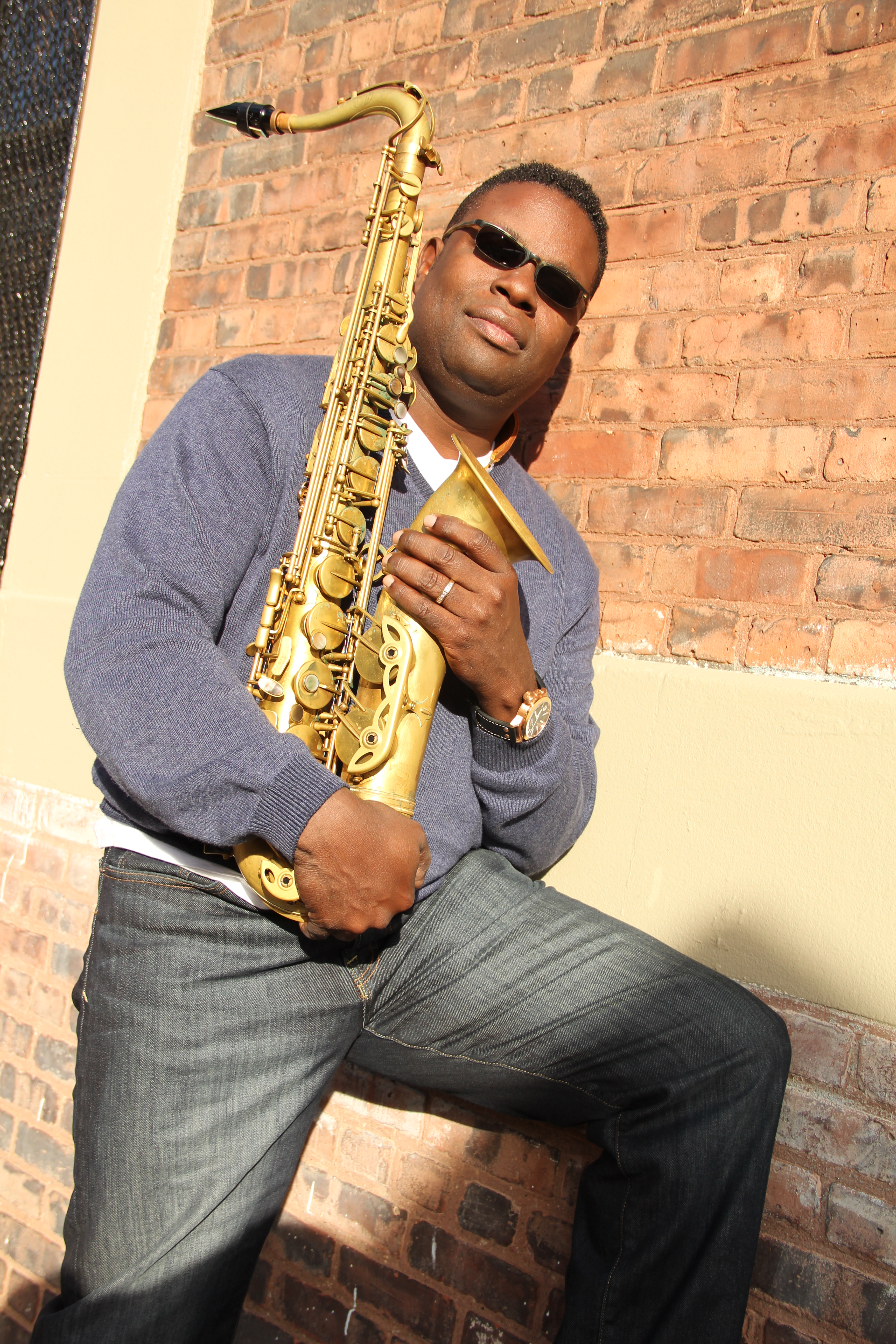 Eastman saxophonist and music educator, Anthony “Tony” White began his music career on clarinet before moving to tenor saxophone in high school.  Inspired by musical greats John Coltrane, Michael Brecker, Ernie Watts, Stanley Turrentine, Joe Henderson, Jan Garbarek, Wayne Shorter, Pat Metheny, Herbie Hancock to name a few. Mr. White went on to study music at The University of California, Riverside where he performed in the concert and jazz ensembles, adding soprano saxophone, alto saxophone, flute and the Electronic Wind Instrument (EWI) to his arsenal of instruments. It was during his college career that he began performing in groups ranging from pop to rock and hip hop and Latin jazz. “Creating great music is my objective when performing in any style,” says Tony.

During his college tenure, Tony began working with the Los Angeles Unified School District’s “All City Band.” He marched in the band during his senior year in high school and was awestruck with the sound and the power of the band which led him to volunteer his time to work with the band.  He started off as the “lunch person” and learned the inside of music education from his mentors. It was during this time that he realized the importance of the power of music and devoted his life to music performance and music education.

In 1991, Tony became the music teacher at John C. Fremont High School. With the help of a dedicated principal and support from the faculty, he was able to develop a strong comprehensive music program in South Central Los Angeles where there was not one before. The bands performed at the Playboy Jazz Festival, Dorothy Chandler Pavillion, the Pantages Theater and more giving the students of the Fremont High School Music department experiences that would last a lifetime. They were also able to perform with the likes of Lionel Hampton, Plas Johnson, Poncho Sanchez and Justo Almario.

Tony has developed an educational component in the Los Angeles Unified School District – Beyond the Bell Branch known as “Music and Entertainment Education.” There he works to develop partnerships with various music and entertainment organizations; assist teachers with creating and maintaining arts education programs; coordinates and develops LAUSD All District music ensembles (marching, jazz, mariachi, etc.).

In his career, Mr. White has been a Bravo Award Finalist and Fulfillment Fund Awardee for his work in music education, The UC Riverside Chancellor Award, Humanitarian Award from the Omni Youth Music Awards, L.A. Music Week Honoree, recognition by the Los Angeles Unified School District Board of Education for his work in music education and the International Association for Jazz Education for being an Outstanding Saxophonist and educator. Tony released his first recording called “The Tony White Project” in 2009, which features different approaches to standard jazz classics such as Little Sunflower, Equinox and Cold Duck Time. He is currently working with jazz pianist Gary Fukushima in a duo format around the Los Angeles area with plans on recording soon.  Tony also continues to be a free-lance saxophonist in the greater Los Angeles area where he resides with his wife Kia and their children, Anthony Nikos Ross and Sarah Georgia.