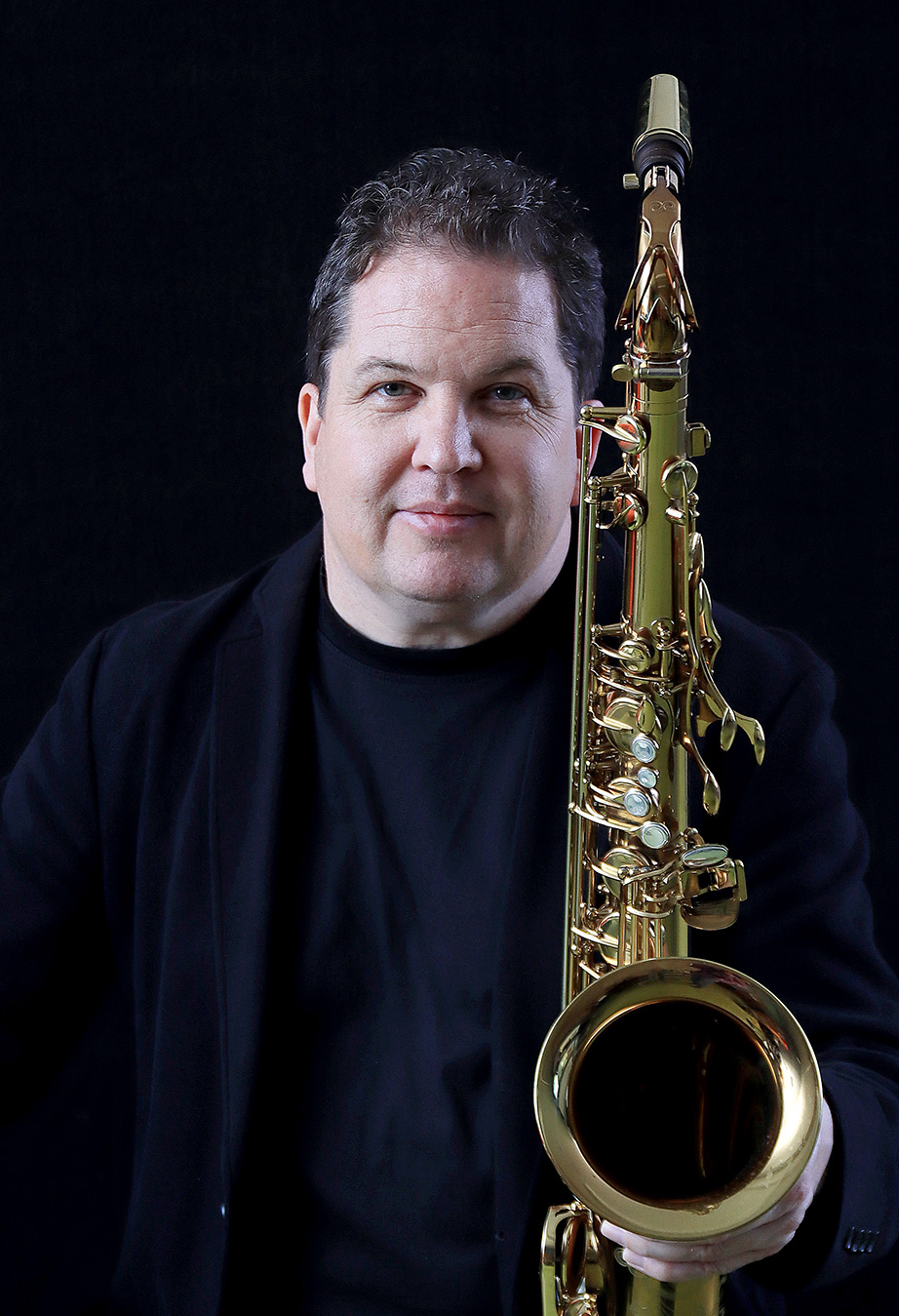 Woody Witt is an impressive tenor saxophonist, a skilled composer, and an influential jazz educator. On the tenor, Woody displays a mastery of modern mainstream jazz, he has developed an energetic and explorative style, and he has his own attractive sound. Whether it is his recordings (most recent is a live improvised trio recording from Cezanne as well as a quartet recording of Taiwanese and Chinese songs recorded in a standard jazz quartet format), his playing on worldwide tours and locally in Houston, or his enthusiastic and informative workshops, Woody is making a strong impact on the current jazz scene.

Born and raised in Omaha, Nebraska, Woody Witt remembers hearing his father's recordings of such country artists as Waylon Jennings and Johnny Cash. "My father played guitar semi-professionally when he was young. I started on the clarinet in the fourth grade and the following year I started playing the saxophone." His older sister introduced him to the music of Return To Forever and Woody also remembers hearing Chuck Mangione and Grover Washington Jr. "The first straight ahead jazz concert that I saw was Wynton Marsalis when he had the group with his brother Branford, Kenny Kirkland, Bob Hurst and Jeff 'Tain' Watts."

Woody Witt started playing professionally when he was 16, performing at weddings and private parties. He also played many duo and trio gigs, learned a countless number of tunes, and regularly attending the jam sessions at a local club, Kilgore's. When he first enrolled at the University of Houston in their honors program with an academic scholarship, it was to study electrical engineering. However after a year, Woody knew that his life's work would be as a musician. He switched majors and dove into music full force. After graduating, he earned a Master's degree in Jazz Studies from the University of North Texas and a Doctorate from the University of Houston's Moores School of Music. Along the way he performed locally and began his teaching career.

After earning his doctorate, Woody taught for a year at the High School of Performing and Visual Arts in Houston.  "I soon realized that that type of teaching position was not what I wanted because it took me away from performing." Since then he has balanced his performing and teaching careers, Since 2003 he has taught fulltime at Houston Community College, has been an Affiliate Artist at the University of Houston, and has traveled the world conducting workshops and master classes including in Houston, Alabama, New Mexico, Alaska, California, New York, North Carolina, Georgia, France (including Paris), Germany, Sweden, Denmark, Romania, Germany, throughout Asia and Taiwan. "Teaching is very rewarding. I have had some wonderful students and I have had the opportunity to witness their successes; some have made great careers for themselves. I stress fundamentals, basic musicianship, the importance of training one's ears, developing one's own sound on the instrument, a full understanding of harmony and melody, and the need to be versatile."

Beyond his teaching, Woody Witt has had a consistently busy and productive performance career. He has collaborated with such greats as trumpeters Randy Brecker, Tim Hagans and Jim Rotondi, saxophonists James Moody, David Liebman and Tim Armacost, trombonist Conrad Herwig, pianist Mark Levine, drummers Louis Hayes, Adam Nussbaum, Billy Hart, and singer Nancy King among others. Woody has also performed in a duo and several quartets with pianist Joe LoCascio over the past 20 years. A major force in the Houston area, Woody has worked with the Houston Symphony, been featured at Pops concerts, and currently leads a saxophone quartet that includes three other saxophonists who are primarily classical players. And while he uses Houston as his home base, Woody has performed throughout the United States (including New York City, Chicago, Minneapolis, New Orleans and Alaska), Japan, Taiwan, several countries in Europe, including two tours of France.

In addition to recording over 25 CDs as a sideman in his career, Woody Witt began recording as a leader in 2001 with his self-titled debut. Since then he has recorded Square Peg Round Hole (a quintet set featuring Randy Brecker and pianist David Kikoski), Live At Cezanne's, A Conversation, Willows, Seasons Ago, First Impression, Pots And Kettles, Absinthe, Presence with long-time collaborator, pianist, Larry Ham, Live At Cezanne (a trio set with Glen Ackerman, bass, and Daniel Dufour, drums) and Made In Taiwan, a collection of Taiwanese and Chinese songs arranged for a jazz quartet, recorded in Taipei, Taiwan. "All of my CDs have special memories for me, documenting me at different periods in my career. I particularly am proud of my duo recordings with Joe LoCascio (Seasons Ago and the recent Billy Strayhorn tribute, Absinthe). Joe has such a sophisticated harmonic palette that is very colorful and he is a bold improviser. Musically we can go in any direction together."

Among the other highlights in his career was winning the 2010 Chamber Music America French American Cultural Exchange grant, which resulted in a ten-day tour of France and an extensive tour of the United States that included pianist Frank Amsallem. Woody's First Impression CD, which features Amsallem, finds him adapting music from the French impressionists into a jazz setting. Recently, Woody won a prestigious International Jazz Saxophone Competition in Taiwan. Woody spent time recently in Taiwan performing, recording and conducting master classes. He has also been the featured soloist in third-stream works that cross the boundaries of jazz and classical music on pieces by the notable composer Dr. Robert Nelson including "Up South" and "Three Musicians."

And, as if his schedule was not crowded enough, earlier this year Woody Witt resumed the responsibility of booking and being the artistic director at Cezanne's, Houston's main jazz club. He had booked Cezanne's previously for ten years including bringing in such top names as Randy Brecker, Tim Hagans, Mark Levine, the Moutin Reunion Quartet, Eddie Gomez with Jimmy Cobb, and the New York Standards Quartet along with many regional and local jazz talents.

Woody Witt, is enthusiasticabout the future. "I am involved in several different groups including aquartet of young musicians from Austin, performing with Joe LoCascio, and being part of a unique trio with saxophone, guitar and drums that is inspired a bit by the Paul Motian Trio, although with different music. I also work fulltime as a teacher, leading two big bands at Houston Community College, and I book Cezanne's. I stay busy! For the future, I just want to continue what I am doing, be able to travel more, make more recordings, and collaborate with a variety of talented musicians."

With the release of Absinthe, Woody Witt is currently at the peak of his powers. He has continued to grow as a creative improviser and a force in the jazz world, never resting on his past accomplishments. His career and his music are well worth following closely. 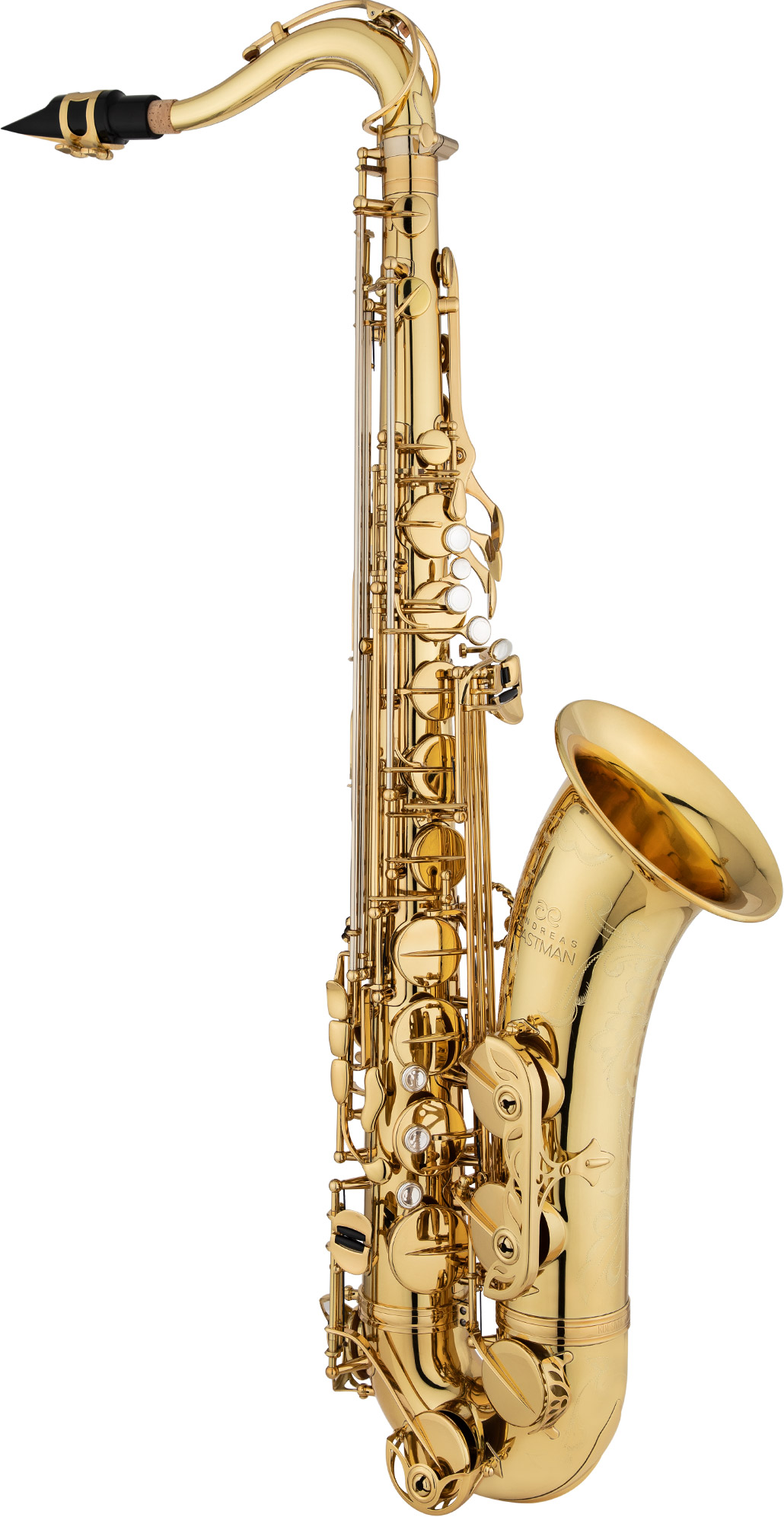 Drawing on the style of classic French saxophones, the ETS850 Rue Saint-Georges model projects a focused, centered sound suited to professional players. The DS mechanism and keywork design revolutionize the way a saxophone feels and plays. Quick and light action leads to precise and elegant playing. The ETS850 includes both the "R" neck and the "S" neck, providing players with enhanced flexibility within the same instrument outfit.

Have a question or want to know more about the ETS850? Please provide your information below and we’ll be in touch shortly.